You can count on the undivided attention of a team that prizes relationships over profits.

Joe is a native of San Diego, CA, who relocated to Arizona for his Undergrad Degree at Northern Arizona University. Having family in Phoenix and visiting             multiple times a year for most of his life, Arizona always felt like a second home. After college, he moved to Phoenix to start a career in finance. Being the son 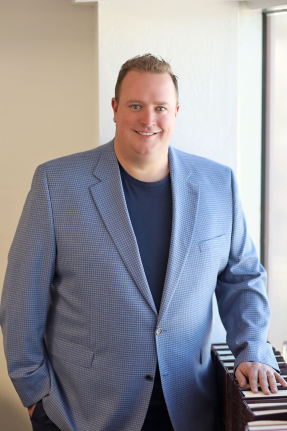 of an attorney, he always had a strong interest in the legal field. After a decade in finance, he decided to pursue the goal of becoming an attorney.

After years of helping clients navigate Arizona’s Workers’ Compensation system, he joined Jerome Gibson as the Managing Attorney in 2020. Here he can direct the strategic focus of the Firm’s dedication to Arizona’s injured workers. By helping the community and those individuals, other Firms turn away because their case is viewed as small, or more commonly, too complex. Joe is the only ODG certified Workers’ Compensation attorney in Arizona, and 100% of his practice is dedicated to Workers’ Compensation.

Joe lives in Phoenix, though he practices throughout Arizona. When out of the office, he enjoys time with his wife and two kids. Being from San Diego, he still loves traveling out to the beach, but recently started going on camping trips with his family and friends and visiting National Parks. Joe is a dedicated attorney and looks forward to helping you with your Workers’ Compensation claim. 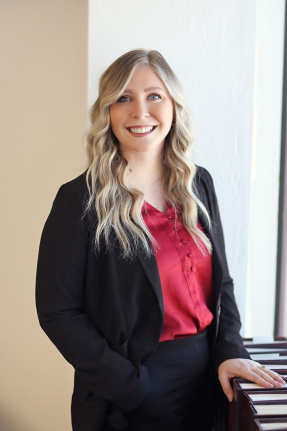 Victoria is originally from the east coast and grew up in Pennsylvania. While earning her bachelor’s degree at Penn State University, her drive for helping others was solidified through her consistent participation in THON—the largest student-run philanthropy in the world benefiting the Four Diamonds Fund at Penn State Children’s Hospital. After graduating early from PSU, Victoria sought a new adventure and made the cross-country trek to Arizona to attend law school. Victoria also graduated early from Arizona Summit Law School, where she served as the Editor-in-Chief of the school’s law review.

While in law school, Victoria worked as a law clerk for several years in an employment law firm representing employees and their rights in the workplace. Entering the workforce at the age of 14 and consistently holding various jobs ever since, Victoria understands the serious impacts being unable to work can have on a person and their family. As an attorney at Jerome Gibson, P.C., 100% of Victoria’s practice is dedicated to advocating for the rights of injured workers.

When she is not in the office, Victoria enjoys hiking, exploring the southwest region, cooking and she is an avid snowboarder. In the fall, you will likely find her watching collegiate football and cheering on Penn State!